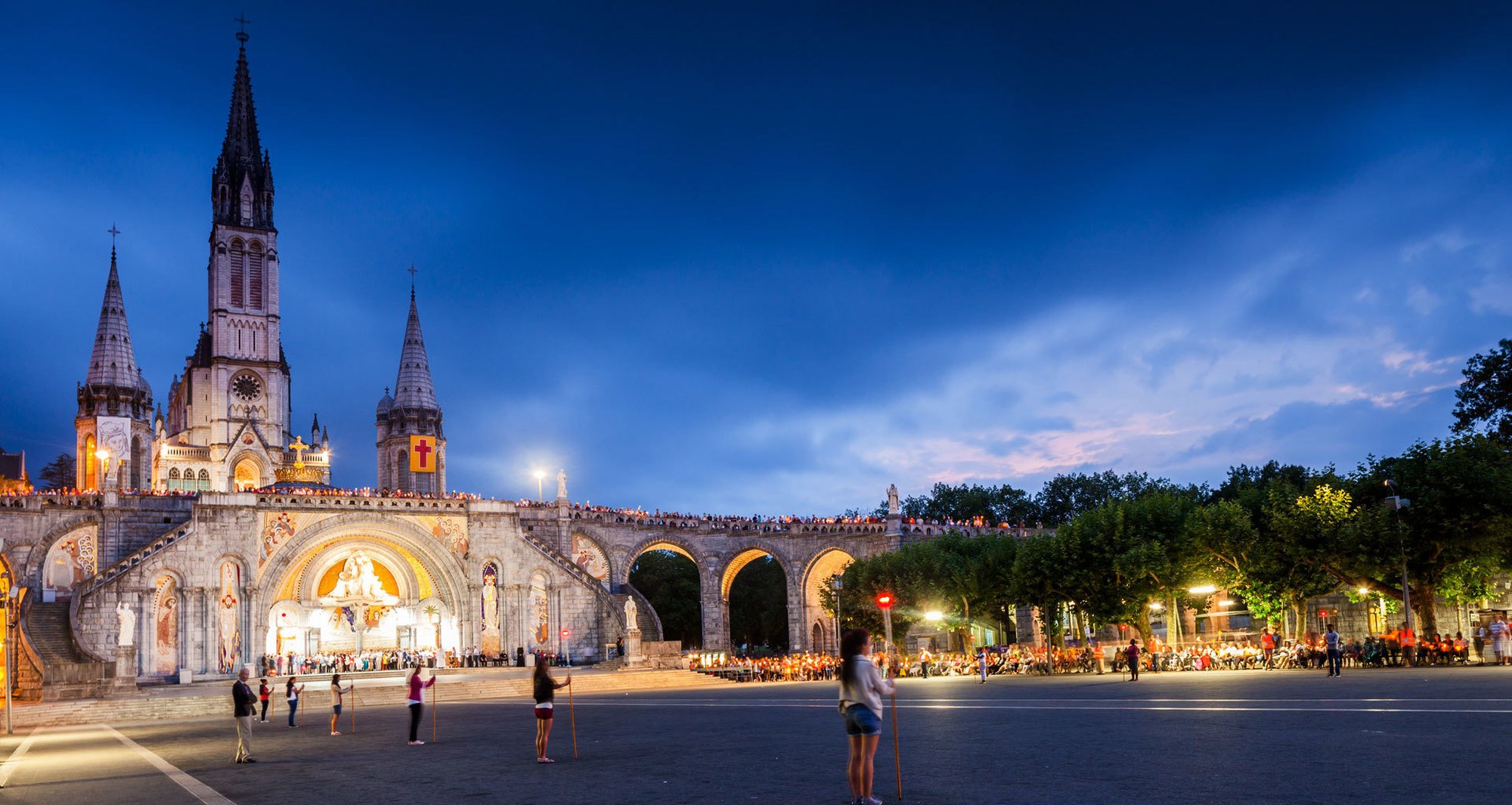 The Society of Our Lady of Lourdes Pilgrimage to Lourdes each May is fortunate enough to be accompagnied by Youth Groups from two catholic schools:

Throughout the week in Lourdes as many as 150 young students from the schools work tirelessly with our Sick Pilgrims, bringing joy and laughter wherever they go. Without their unflagging help and enthusiasm our Pilgrimage could not be what it is today.

This year, 2017, we said goodbye with great sadness to St Bede's and St Joseph's Catholic Collge who have accompagnied our pilgrimage for many, many years. Their support and enthusiam will be greatly missed. We send our love and best wishes as they continue to answer Our Lady's Call within the Leeds Diocesan Pilgrimage each July. Thank you for all the love and joy you brought us.

"Want to get young people involved in the Church? Take them on a pilgrimage"

Surveys and polls are notoriously unreliable, as anyone who has followed the recent General Election will know, but they can make interesting reading sometimes, and they may perhaps give an indication with regard to social and religious trends. The latest religious survey suggests that teenagers are more religious than we gave them credit for.

That one in six teenagers is a practising Christian would be welcome news, but what really stands out in this survey are two things.

First of all, teenagers (and surely people in general) are often inspired by visits to churches. And secondly, all the modern methods of evangelism of which we hear so much are not as effective as a visit to a church.

As Jimmy Dale, the Church of England’s man charged with evangelising youth puts it: “Things which we would class as old hat methods are some of the more effective ways.”

So, how should we use this information? My guess is that we should do as many pilgrimages with young people as we possibly can. The pilgrimage as a Catholic thing is as old as the hills, and this survey suggests that there is plenty of life in it still.

It is interesting to think that Lourdes still attracts crowds of young people, as does the traditional pilgrimage to Chartres, as described recently by Hugh Burling. I myself have taken a teenage group to the Tyburn Convent – an excellent destination, by the way, where the nuns provide a stimulating explanatory talk – and to Westminster Cathedral. I remember with great pleasure the shock of passers-by as they saw twenty-five teenagers quietly saying the Rosary in one of the side chapels. So it can be done.

The secret perhaps is not to talk to teenagers about religion, but just do some religion with them. Catholicism is a religion of doing, as well as believing. Instead of talking about the theory of swimming, just chuck them in the pool. They might like it after they get over the shock of immersion.

Reprinted from the CATHOLIC HERALD

© 2021 Society Of Our Lady Of Lourdes.
Our school website, mobile app and podcasts are created using School Jotter, a Webanywhere product. [Administer Site]